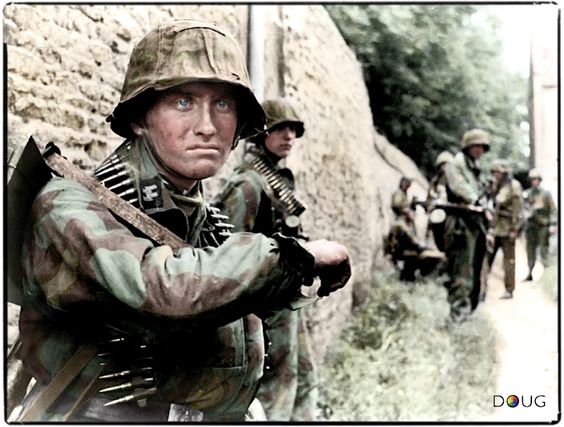 Otto Funk and Klaus Schuh were working together as a machine gun crew on the Western Front with the special SS unit, SS-Panzer-Division “Hitlerjugend” in the summer of 1944. Both were given the Iron Cross for knocking out a Canadian Churchill tank with just an MG-42 machine gun. With no other weapon at their disposal, they aimed tracer rounds at a fuel tank on the Churchill and took out the enemy tank.

While Otto survived the war and passed away in 2011, Klaus was killed in action in June 1944.

I highly recommend looking at the following two articles with lots of background information and pictures:

Otto Funk and his unit in Normandy: Now & Then

Our version of Otto Funk and Klaus Schuh: Both miniatures are available in our shop and via our resellers.

One Reply to “The Story of Otto Funk and Klaus Schuh”