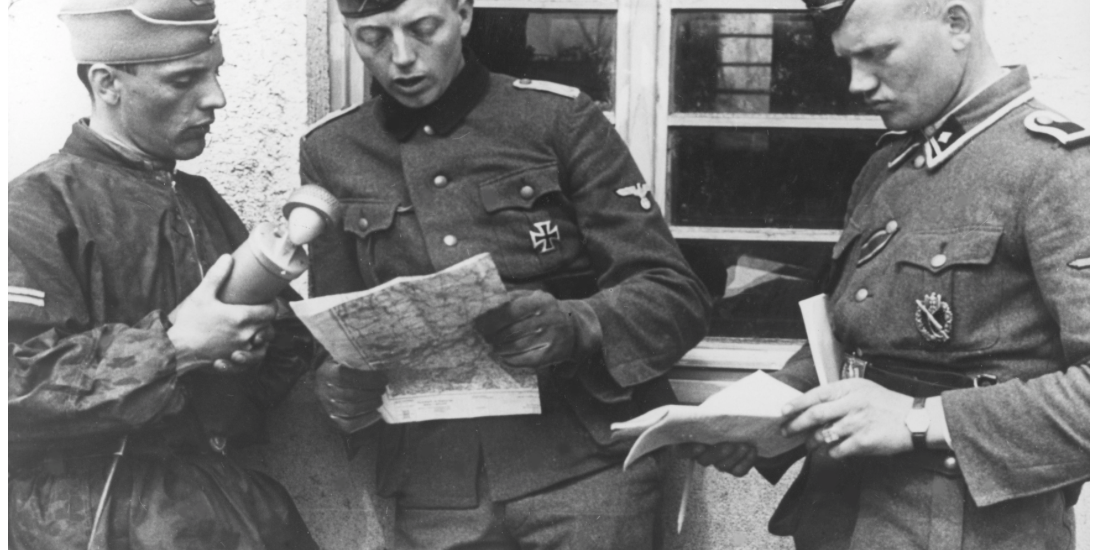 Fritz Klingenberg (17 December 1912 – 23 March 1945) was a German officer in the Waffen-SS who served with the SS Division Das Reich and was a commander of the SS Division Götzvon Berlichingen. He was best known for his role in the capture of the Yugoslavian capital, Belgrade for which he was awarded the Knight’s Cross of the Iron Cross.

In April 1941, the Germany Army invaded Yugoslavia and then Greece. Klingenberg, a company commander in the Das Reich division, led his unit to the capital, Belgrade, where a small group in the vanguard accepted the surrender of the city on 13 April. A few days later Yugoslavia surrendered.

What happened in Belgrade?

On the morning of April 12th, 1941, SS Haupsturmführer Fritz Klingenberg and members of his motorcycle assualt company approached Belgrade from Pancevo along the bank of the Danube river. Klingenberg was anxious to enter the city but the swollen river and lack of any usable bridges revented a direct assault, and the motorcycle assault company had no bridging equipment or rafts. Klingenberg’s men discovered a motor launch on the north bank of the river. With one of his platoon leaders, two sergeants and five privates, Klingenberg crossed the Danube. When the group had reached the other side, Klingenberg sent two men back for reinforcements and proceeded with the remaining six men into downtown Belgrade.

Soon after entering the city, Klingenberg encountered a group of twenty Yugoslavian soldiers and without firing a shot the Yugoslavs surrendered. Later on, a group of military vehicles approached Klingenberg’s men, and after a short battle, the Germans captured the vehicles. The assault group (now motorized!) headed towards the Yugoslavian War Ministry, but when they arrived the building had been abandoned, probably vacated during the Luftwaffe’s attack on the city. Since there was no military command left in Belgrade, Klingenberg proceeded to the German embassy which had remained open in Belgrade.

The Germans unfurled a large swastika and raised it over the embassy to declare the capture of the city. Two hours later, the mayor of Belgrade arrived at the embassy and surrendered the city to Klingenberg. It was not until the next day that a sizeable German force arrived to secure the city. For capturing Belgrade, SS Haupsturmführer Fritz Klingenberg was awarded the Knight’s Cross.

Read the detailed story at Historynet.com

Check out our version of Fritz:

Fritz Klingenberg is now available in our shop and via our resellers.