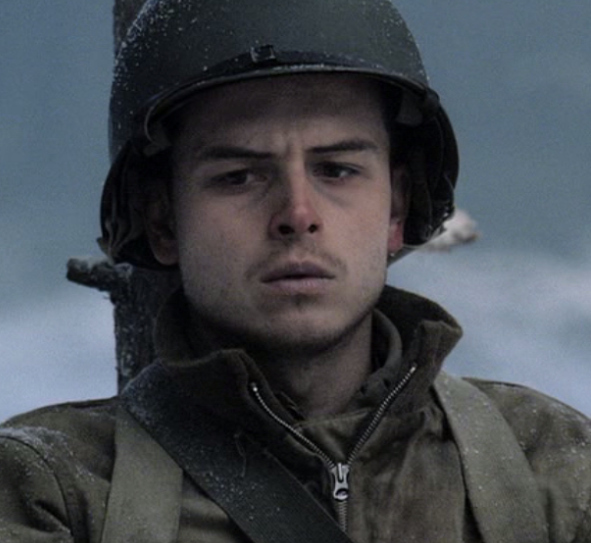 Eugene Roe enlisted in the U.S. Army at Lafayette, Louisiana in 1942. Even though he wasn’t a doctor, he was made a combat medic and worked hard for his position. He was put in Easy Company, 2nd Battalion, 506th Parachute Infantry Regiment, 101st Airborne Division, at Camp Toccoa, where he trained under martinet Captain Herbert Sobel. After Toccoa, he graduated jump school at Fort Benning and did extra training at Camps Mackall and Shanks. He then headed to England in 1943.

Roe jumped into Normandy with Easy Company on 6 June 1944 as part of Operation Overlord and grouped with the company at Ste. Mere Eglise. By the time they went into Carentan, Eugene Roe was already a seasoned veteran, able to patch and diagnose wounds in a methodical way. After Normandy, he and the Division headed to Holland on 17 September as part of Operation Market Garden. He was wounded in the leg that day and returned to the Company a few days later.

Sometime around 1 October, Roe helped evacuate “Moose” Heyliger after being hit by friendly fire, and then reprimanded Capt. Winters and Lt. Welsh for accidentally over administering morphine to Heyliger.

The Company left Holland on 26 November and headed to the village of Bastogne at the Ardennes Forest in Belgium as part of the Battle of the Bulge, which occurred on 17 December. There, casualties were mounting at a rapid rate and Eugene Roe began running out of supplies. PFC. Alex Penkala was wounded in the arm and Pvt. Wayne Sisk was wounded by mortar fire; Roe evacuated them both to a hospital in Bastogne. Allied supplies were low in Bastogne and Roe had to go from man to man to get more supplies. In the extreme cold weather, he had to tuck plasma bottles into his armpits to keep them from freezing. After Bastogne, Roe helped with the occupation of Germany and treated the prisoners of a concentration camp they found in Landsberg.

Check out our version of Eugene Doc Roe: Eugene Doc Roe is now available in our shop and via our resellers.