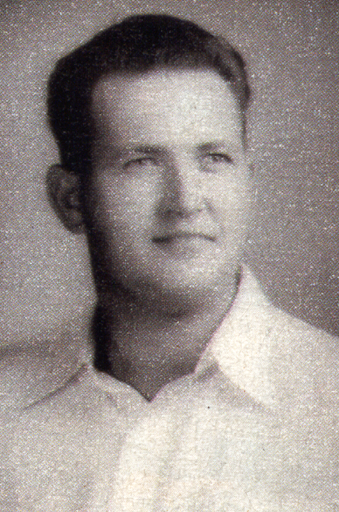 Randleman enlisted in the US Airborne Infantry in August 1942 and was assigned to Easy Company, 2nd Battalion, 506th Parachute Infantry Regiment, 101st Airborne Division as a rifleman in 3rd Squad, 1st Platoon. He went through Basic Training at Camp Toccoa, Georgia under the harsh leadership of Captain Herbert Sobel.

After training, Randleman became a Paratrooper at Fort Benning and was promoted to Corporal, and then made commander of 3rd Squad. At Aldbourne, England, he and his fellow noncoms mutinied against Sobel. They were berated and demoted by Colonel Robert F. Sink and threatened with execution as a result of the mutiny. They were spared only because the Normandy invasion was imminent and well-trained NCOs were badly needed. Randleman participated in the D-Day/Normandy invasion, where he got lost during the jump and was caught up in a tree. A German soldier tried killing him with his bayonet, but Randleman retaliated with his own bayoneted rifle, killing the soldier. He reunited with his unit sometime after at Ste. Mere-Eglise. He fought at Carentan and carried a man whose leg was blown off to safety. He then helped in the defensive outside of Carentan after the Germans regrouped and attacked. After Normandy, he returned back to England with the 101st and promoted to Sergeant. He was then the subject of Episode 4, “Replacements”: in the episode, while hanging out with most of Easy Company, he was seen greeting three replacements in his squad by the names of Privates James W. Miller, Antonio C. Garcia, and Lester Hashey. When Private Cobb insulted Miller for wearing the unit citation ribbon that men who fought in Normandy were wearing (causing Miller to take it off), Randleman replied “Shit, Cobb. You didn’t fight in Normandy, neither.” Randleman then fought in Operation Market Garden in Holland, where he and Easy were swarmed by adoring crowds of Dutch people, who called them “liberators”. He was then seen marching with Easy Company and a Sherman tank when Lt. Brewer went out to scan the area. Randleman yelled a warning, but Brewer was then shot and wounded in the throat by a sniper. Randleman tried helping him, calling for a medic, as he joined up with his men, who were taking cover in the town of Nuenen. There, they were besieged by German tanks and infantry. Randleman tried to escape, but he was wounded when tank shrapnel hit his left shoulder. He took cover in a barn and waited the night out.

While Randleman ate, a Dutch farmer and his daughter entered the barn. The farmer helped with Randleman’s wound; before Randleman could leave, a group of Germans came to the barn. They hid, and eventually, most of the soldiers left. One stayed behind after finding the bloodied cloth used to treat Randleman’s wound. The Dutch girl accidentally knocked a pail over and the German investigated. As planes roared overhead, Randleman attacked the German with his bayoneted rifle, eventually stabbing him in the face. He then hid the body of the German and forced the Dutch farmer and his daughter to leave. Randleman left at daybreak, finding no more Germans. He found the dead body of Pvt. Miller as an American jeep approached, and was reunited with Easy Company. He then fought in the Crossroads battle, eventually leaving after Operation Market Garden ended. Randleman fought in Bastogne (The Battle of the Bulge); he followed up by fighting at Foy, Noville, and Haguenau.

Randleman then participated in the occupation of Germany and Austria. During the occupation at Landsberg, he and his unit were on patrol when they discovered a Nazi concentration camp. Like the others, Randleman was horrified by seeing the victims of the camp. After helping secure the camp, he and the rest of Easy Company participated in capturing Hitler’s Eagles Nest at Berchtesgaden. The European war eventually ended, but Randleman stayed due to not having enough points for discharge. When Sgt. Grant was shot by a drunk Item Company replacement, Randleman, along with Donald Malarkey, was ordered by Capt. Ronald Speirs to find the man. They did find him, and he was then beaten by many of the Easy Company soldiers and nearly executed by Speirs. Eventually, Japan surrendered before Easy Company could be redeployed to the Pacific; Randleman was discharged as a Staff Sergeant and returned home.

Check out our version of Denver “Bull” Randleman: Denver “Bull” Randleman is now available in our shop and via our resellers.