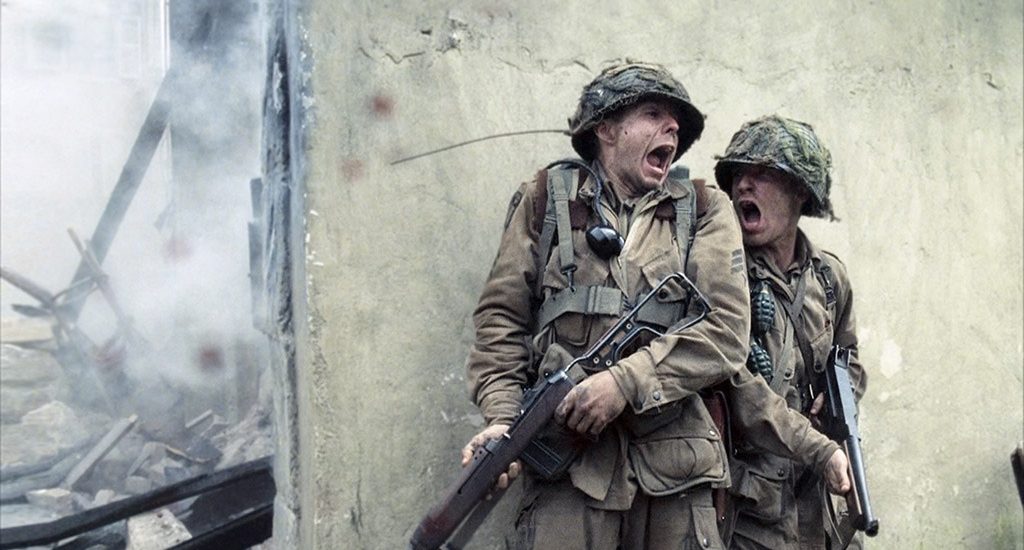 George Luz had a knack for causing trouble with his sense of humor, and his ability to imitate just about anyone. During a training exercise in England, Luz did an impression of one of the Regimental staff officers to Easy Company Commander Herbert Sobel, fooling him into cutting an English farmer’s fence and letting loose a herd of cows.

Luz jumped into Normandy on 6 June 1944. Because he thought he would never manage to get out of the plane (he was 5th in the stick), he asked Roy Cobb to exchange seats, as he would jump out of his stick earlier this way. There was heavy flak; Cobb was hit and couldn’t jump. Luz did after he had kicked out his leg bag containing his radio and other equipment. When Luz landed, he was alone and was unable to locate any of his comrades. Before his death in 1998, Luz recalled ducking behind a hedgerow for cover, looking up and seeing fellow paratroopers shot by tracer rounds. Harry F. Welsh enlisted in the army in 1942 and volunteered for the Paratroopers. He was sent to Fort Benning and was put in the 504th Infantry Regiment, 82nd Airborne Division as a sergeant. However, he would often get in fights and kept being demoted to Private. But his commanders saw leadership potential in him, and they kept on promoting him back to Sergeant. He had been busted six times. Three Officers decided to send him to OCS, since they realized he was great for the job. Welsh jumped into Normandy on 6 June 1944 and, due to a misdrop, wasn’t able to find Easy until next morning, shortly before Easy was given the task of taking Carentan. When he joined the rest of his company, Welsh was placed in charge of 1st platoon after Winters took charge of the company.

On September 1944, Welsh dropped into Holland for Operation Market Garden and remained there for the duration of the operation. After the failure of the operation, Welsh and the rest of Easy Company returned to Mourmelon-le-Grand, France to await the next assignment.

Welsh fought in Battle of Bulge where he was wounded in his right upper leg. He was reunited with E-Company while they were in Hagenau.

In the HBO miniseries Band of Brothers, Luz and Welsh fight side-by-side during the assault on Carentan: Check out this video which is the inspiration for our version of Luz and Welsh:

Check out our version of Luz and Welsh: Luz and Welsh are now available in our shop and via our resellers.