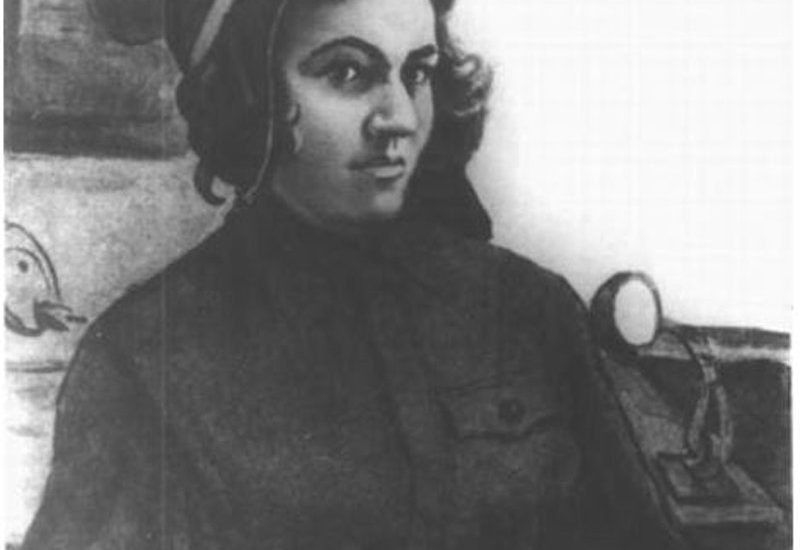 After the Germans killed her husband, Mariya wanted revenge for his death and for the death of the Soviet people. For this purpose she deposited all her personal savings – 50,000 rubles – to the National Bank in order to build a tank.

She then wrote Stalin the following letter:

“My husband was killed in action defending the motherland. I want revenge on the fascist dogs for his death and for the death of Soviet people tortured by the fascist barbarians. For this purpose I’ve deposited all my personal savings – 50,000 rubles – to the National Bank in order to build a tank. I kindly ask to name the tank ‘Fighting Girlfriend’ and to send me to the frontline as a driver of said tank.”

Stalin wrote back and said yes. She named that tank ‘Fighting Girlfriend’ and went to the frontline as the driver of said tank.” And so Mariya went to war in her own tank with grim determination.

On her first outing in the tank, she outmaneuvered the German soldiers, killing around thirty of them and taking out an anti-tank gun. When they shelled her tank, immobilizing Fighting Girlfriend, she got out — in the middle of a firefight — and repaired the tank. She then got back in and proceeded to kill more Germans.

After the battle, she wrote a letter to her sister describing her time in the war. She told her “I’ve had my baptism by fire. I beat the bastards. Sometimes I’m so angry I can’t even breathe.”

Check out Maryia in two versions from Stoessi’s Heroes. One as a tank rider and one as an angry young woman that just got out the tank to repair the damn thing: