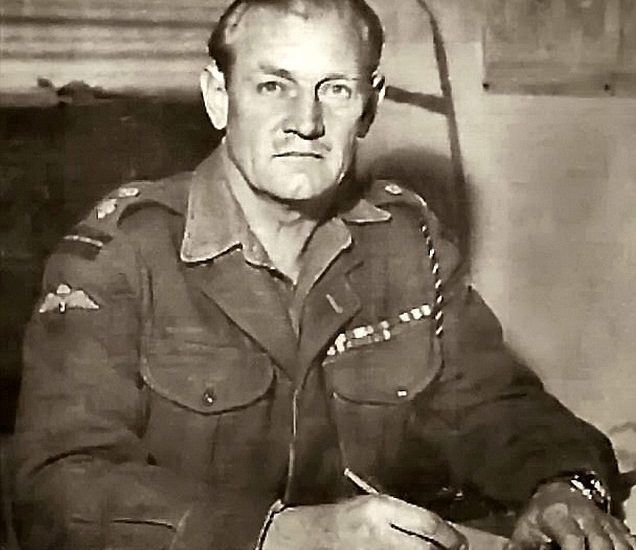 Nicknamed “Fighting Jack Churchill” and “Mad Jack”, he is known for the motto: “Any officer who goes into action without his sword is improperly dressed.” It is claimed that Churchill also carried out the last recorded longbow and arrow killing in action, shooting a German NCO in 1940 in a French village during the Battle of France. One night, he single-handedly took forty-two German prisoners and captured a mortar crew using only his broadsword.  He simply took one patrolling guard as a human shield and went around from sentry post to sentry post, sneaking up on the guards and then shoving his sword in their faces until they surrendered.  His response when asked about how he was able to capture so many soldiers so easily:

“I maintain that, as long as you tell a German loudly and clearly what to do, if you are senior to him he will cry ‘jawohl’ (yes sir) and get on with it enthusiastically and efficiently whatever the situation.”

So, check out Stoessi’s Heroes’ version of Mad Jack Churchill: Mad Jack is now available in our shop and via our resellers.